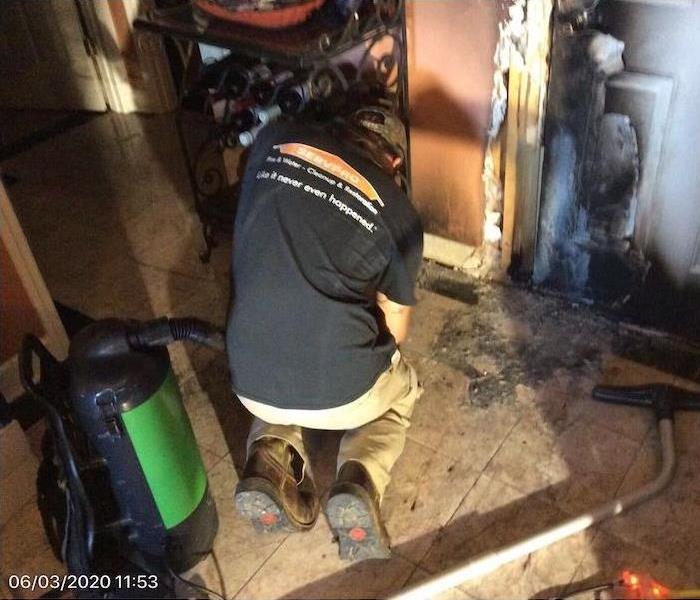 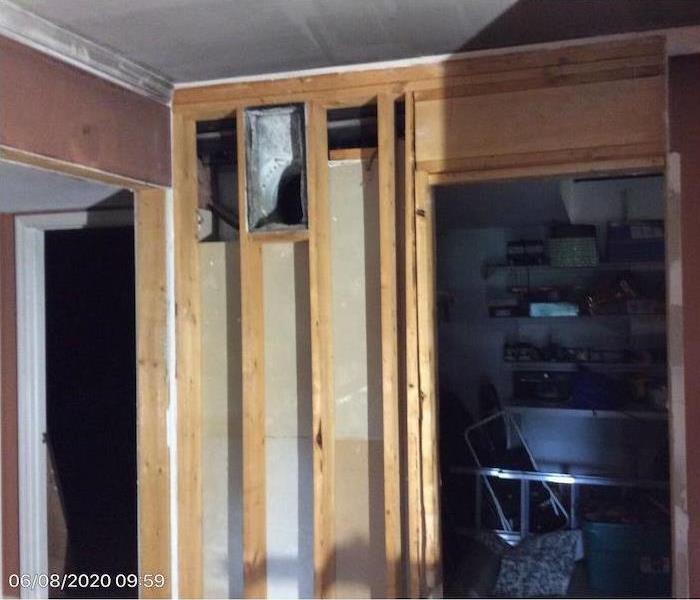 Fire and smoke damage in Advance homes, particularly in basements, can prove difficult to clean without the proper tools and techniques. In the Before Photo, this Advance property’s basement entryway was significantly charred. The door, frame, and surrounding sheetrock had extensive soot and smoke damage from the fire. SERVPRO technicians prepared the property for restoration after removing the damaged sheetrock and structural materials. This process was performed while following the Institute of Inspection, Cleaning and Restoration Certification’s fire damage restoration guidelines.

SERVPRO technicians began the mitigation process for this Advance property’s basement entryway by demolishing unsalvageable structural materials, leaving behind only the intact framework. In the Before Photo, it is also evident that the tile flooring beneath the door was charred and delaminated from exposure to moisture. SERVPRO professionals also removed the unsalvageable tiles, which allowed Advance techs to clean up the subfloor underneath. The ceiling also showed signs of discoloration from smoke and soot exposure that required cleanup with EPA-registered biocides and manual cleaning to remove stains and deposits.

SERVPRO professionals take care to prevent fire and smoke damage from spreading in disaster-affected Advance homes with various tools and techniques. These include:


These processes all work together to mitigate the risk of soot particles and microbes from spreading and creating secondary damages and odors in other areas of an Advance home.

Odor elimination is another essential step in the fire damage restoration process. Advance SERVPRO Odor Control Technicians (OCTs) are well-equipped to remove fire and smoke damage odors. Several methods are frequently used to remove fire damage odors, including dry fogging with solvent-based deodorizers, deploying trays of scented granules placed near HVAC intakes, and sanitizing surfaces with EPA-registered antimicrobials. Even Advance home structural materials like wall framing can be affected by charring and odors, which can be controlled by sanding and refinishing the existing framework or repairing unsalvageable components.

View More Before & After Photos